Recently, our team got a request to provide a solution to shard Postgres. One of the solutions that we discussed was Citus. I have heard about the product and seen their blogs related to Postgres in the past but never used it. I thought it would be fun to read about its internal workings.

If you find something wrong on the notes, please send a pull request. Before digging their white paper, let’s take a step back and ask what is sharding and why do we need sharding?

Certainly, I haven’t used the word “shard” in my day-to-day life.

There two ways one can scale their systems:

Sharding comes from the concept of Horizontal Scaling. Say, the maximum disk space of servers that you have is 11 TB. What if we want to store more than that in a single table/database? Traditional approach is vertical scaling i.e) trying to add more disks on the server, but at some point it will hit the ceiling. Nothing one can do other than growing horizontally. A good introduction about database sharding from Digital Ocean. 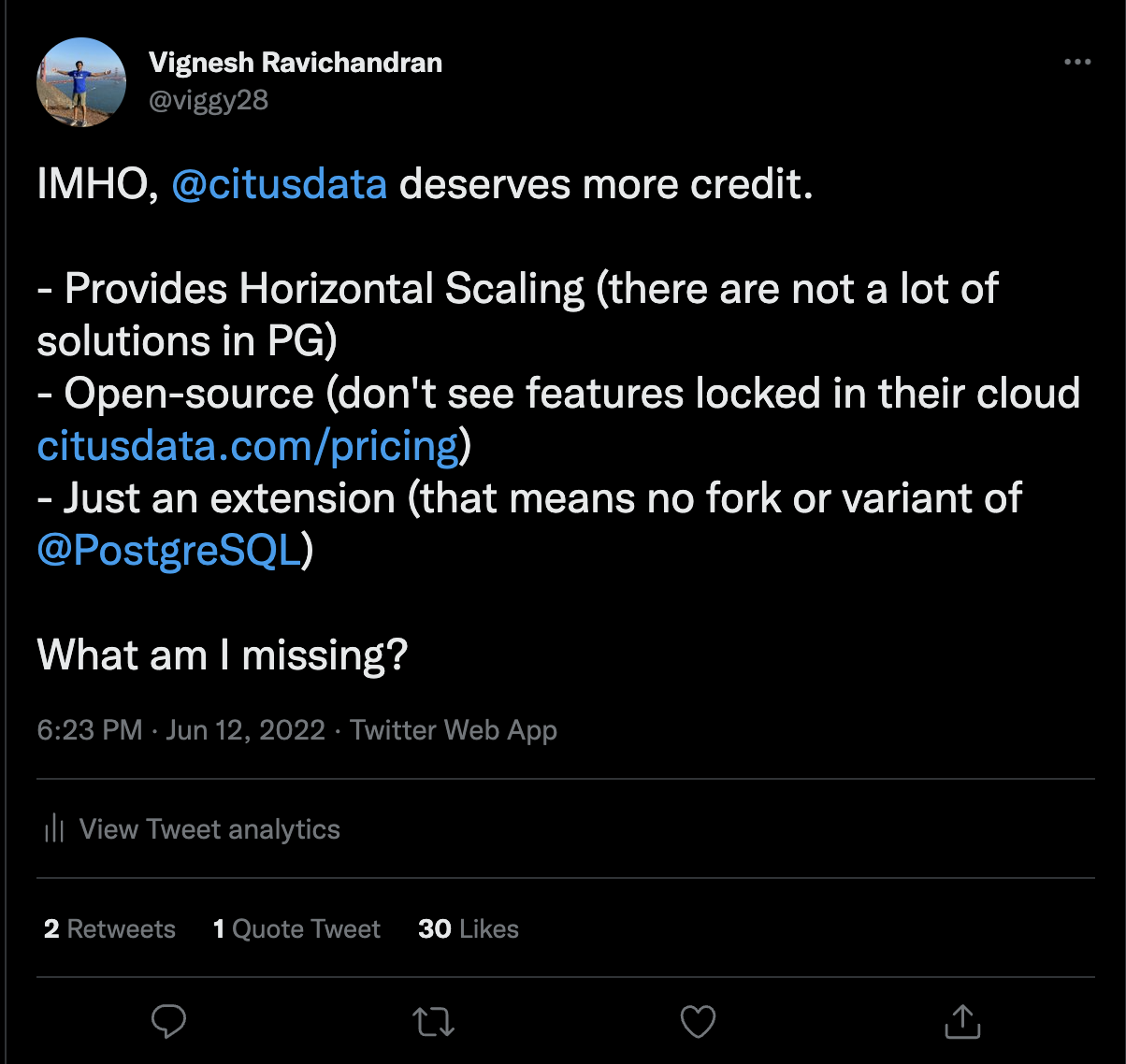 I couldn’t find a lot of options for horizontal scaling Postgres. Looks like many agrees. MySQL has Vitess

The types of applications that requires distributed postgres is broadly divided into four categories:

An example of a messaging system which stores multiple tenant data. AKA slack. 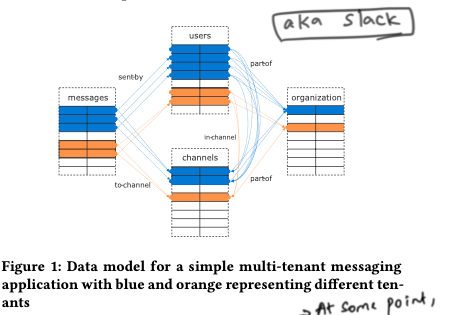 How citus provides solutions for the above use cases is the rest of the paper.

All servers in a Citus cluster, run PostgreSQL with Citus extension. It has two components – Coordinator and Worker. Typically set up will have 1 Coordinator and 0 or more workers. Coordinator can also be scaled if throughput becomes the bottleneck. If there is no worker then the Coordinator will take that role.

It uses extensions api to change the behavior. It replicates custom types and functions across all servers.

PostgreSQL extension APIs This is perhaps one of the best features of Postgres. One can change the behavior of PostgreSQL by defining hooks (custom logic). AFAIK, Oracle, MySQL does not have extensions. Citus uses the following hooks 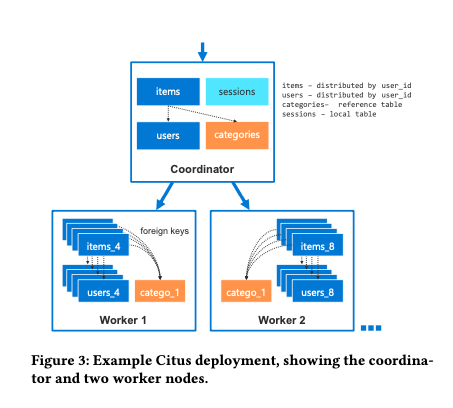 Citus has two types of tables:

I see a semblance of Star schema (fact and dimension tables).

AKA shard rebalancing. By default, the rebalancer moves shards until it reaches an even number of shards across worker nodes. Also, one can rebalance based on data size or using custom definitions by cost, capacity and constraint function. They do that using PostgreSQL logical replication [3].

The last part of the paper is about benchmarks. It seems like Citus is winning in most of the scenarios. I generally take benchmarks with a pinch of salt.